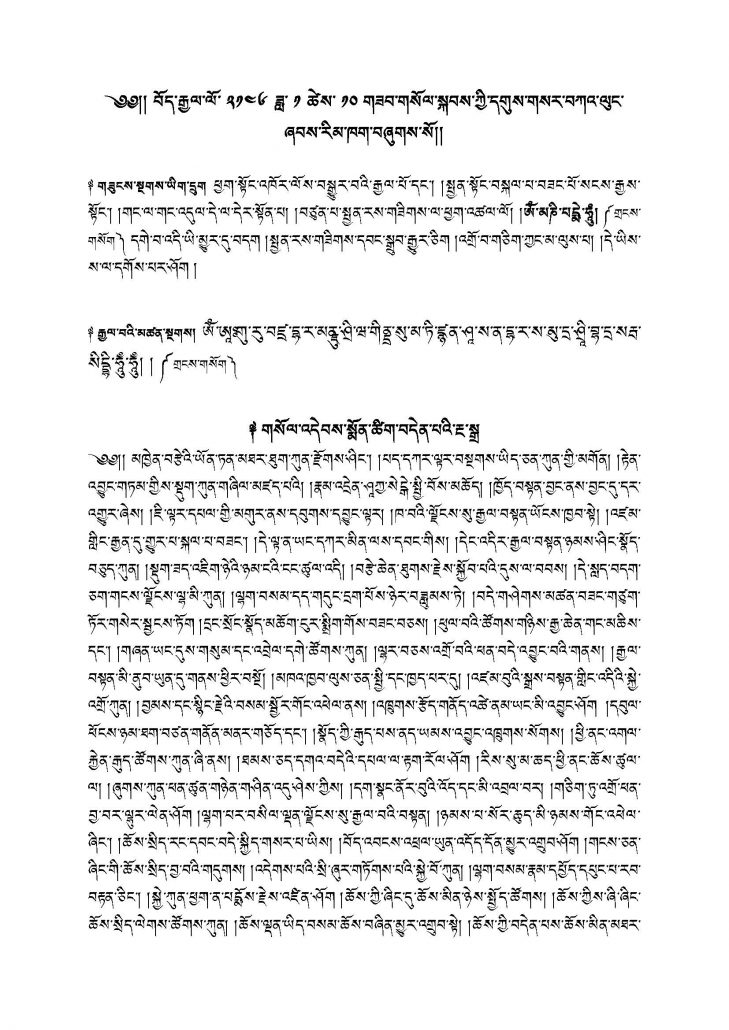 Please join us in commemorating the 60th Anniversary of the Tibetan National Uprising Day on Sunday, March 10, 2019.

We will gather at the outdoor plaza at City Hall and then march along Stephen Avenue to the Chinese Consulate building.

Please plan to attend as larger participation numbers will help us receive better media coverage to highlight the Tibetan cause.

Vigil 12:00 pm outside of the Chinese Consulate

Parents: If you are bringing along young children, we request that you keep a constant check on them to ensure their safety. 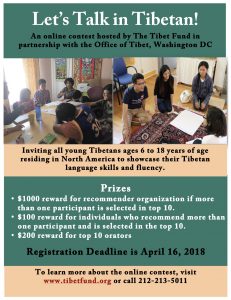 The scholarship program aims to encourage Tibetans students in a graduate field of study relevant to the times, which has the potential to contribute to the welfare of humanity and the Tibetans.
The Dalai Lama Foundation was established to support the advancement and welfare of the Tibetan people, the culture and heritage of the ancient civilization of Tibet, and the promotion of the deep-rooted values associated with that culture and people.

Since its inception in 2011, more than US$1.4 million has been dispersed in grants to almost 100 Tibetan students, 23 of whom were Ph.D. candidates.  Recipients were enrolled in universities such as Harvard, Yale, Columbia, New York, McGill, Oxford, Cambridge, the London School of Economics, Sciences Po (the Paris Institute of Political Studies), and many others.

Applicants must provide official documentation of their acceptance into a graduate degree program at a university in Europe, Australia or North America. Applicants must also provide proof of their Tibetan heritage.

Current recipients who wish to renew their scholarships are required to submit a separate renewal application.

The complete application form, along with all supporting documents must be submitted online by April 30, 2018 (11:59 PM Eastern Time) via http://dalailamatrust.org website. Applications received after the deadline will not be considered. Receipt of the application will be acknowledged by email. Selected applicants will be interviewed over the phone or Skype. Successful recipients will be announced on July 6, 2018.

Next Event starting in: